Trump Isn't Down in the Polls: Here's the Truth 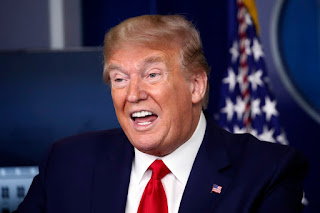 Credit to Poynter
News over the past few weeks has been very blunt. "Trump Down in the Polls" they say. But it's all false, liberal propaganda, and here's why they're doing it.
President Trump is tired. He's tired because he is constantly being attacked from all sides. His fire began to return after Tulsa, but it's been a few. He's also busy. Busy with protesters, a virus, and fake news. His enemies see this, and have taken advantage of the situation.
In 2016, a video was released of Donald Trump. You all know what the video was. Mainly false. But, some of his supporters saw it as the end for him. But... he won.
Democrats are trying again. They still can't accept that they lost, and have fought that loss for 3 and a half years. So, since they failed to impeach him, they are just doing their best to keep him from a second term. This is the strategy:
DO WHAT WE DID BEFORE WITH THE VIDEO.
Ever heard of the power of suggestion? People are suggesting that he is losing, so he is, right? Wrong. They are just using polls to turn some of his supporters on him. And, so far, it's working. Even with some people like Tucker Carlson have been tricked.
Now listen to me. Trump has not conceded defeat. He is not losing. He IS NOT GIVING UP! And neither should you.
Get smart America.
By MrEverything4
Follow for news updates on almost every subject.
Instagram: https://www.instagram.com/conservativenewsupdates/
Reddit: https://www.reddit.com/r/CNUpdates/
Parler: https://parler.com/profile/cnupdates/posts
conservative MecGuy2 news opinion

Popular posts from this blog

Chuck E. Cheese Announces the Closure of 34 Locations: Here They Are 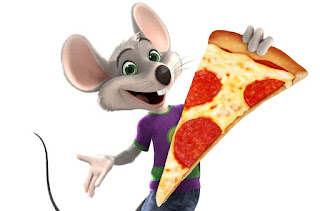 Credit to CEC INC.
The News
This Wednesday, Chuck E. Cheese's parent company filed for Chapter 11 Bankruptcy, which should not have come to a surprise to anyone who has been watching the news. CEC has been in trouble for a long time.
They have just announced the closure of 34 of their locations. Over 15,000 employees work at CEC, and there are hundreds of stores, but these stores are spread out. The closing stores are as well, so you may want to check and see if yours will be sticking around. See below:
California Ladera HeightsSan BernardinoEl MonteLong BeachDiamond Bar ColoradoGrand JunctionFort Collins FloridaGreen AcresMiami GardensNorth LauderdaleMiami GeorgiaMacon IllinoisChicago-MattesonVernon Hills IowaSioux City MarylandGaithersburg MassachusettsSpringfieldNatickLeominsterDanvers MichiganMuskegon MinnesotaRochester MissouriColumbia NebraskaLincoln NevadaLas Vegas-McCarranLas Vegas-Saraha New MexicoAlb-Juan Tabo New YorkNew HartfordHarlem North CarolinaJacksonville OhioColumbus-MacswayMansfi…
Read more 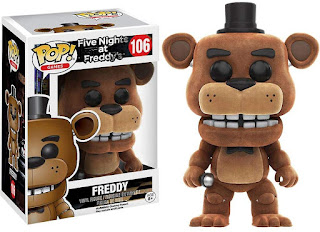 Credit to Funko
Today has been an interesting day for the Five Nights at Freddy's community. Fans of the awoke expecting a normal day of fake leaks and fan art. That's not what happened.
A couple months ago, Scott Cawthon, creator of the FNAF franchise, known for keeping the suspense of his upcoming games, awoke to find that a major leak had occurred. For about a year, he has slowly teased the next game in his series. Little was known about it, other than some silhouettes. And then, in one day, that all changed, with the leak of full color character designs. He was not happy. Read his post below:
"So, I woke up to a barrage of upsetting emails.For this fanbase, the day a major corporation spoiled the next major release of the FNAF franchise was the most important day of their lives. But for me, it was Friday.But seriously, this is obviously very frustrating for me, but not that surprising anymore. It's just another day in the life of FNAF. It makes me really miss the da…
Read more